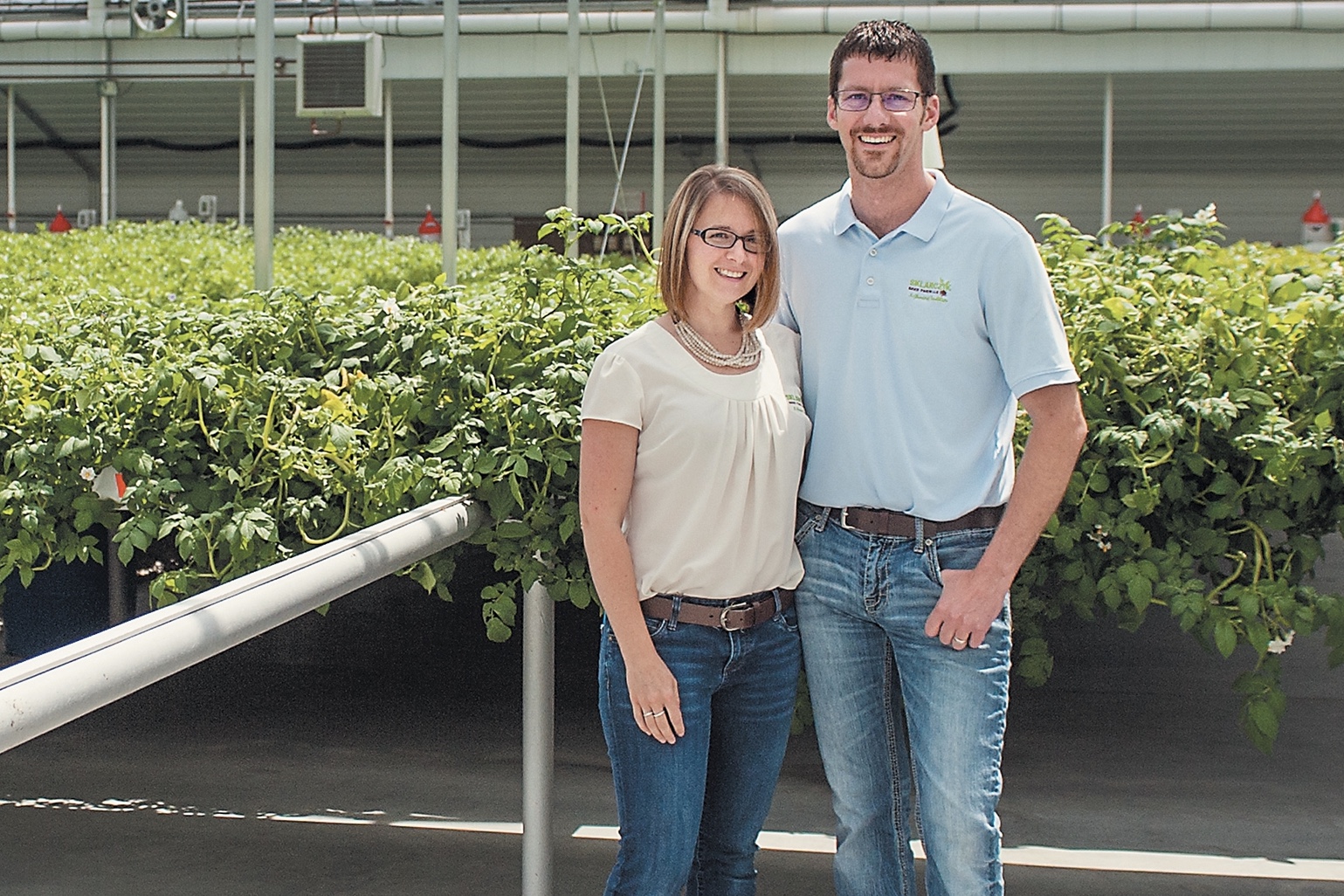 Alison and Ben Sklarczyk own Sklarczyk Seed Farm LLC, which is one of the only hydroponic seed potato farms in Michigan, the other being a research farm at Michigan State University.  They produce six million mini tubers a year, plus grow 1100 acres of corn, soybeans, wheat, and barley.  They have two kids and are on their way of achieving their goal of them visiting 50 states before they graduate.  They’re at 24, with 21 of them convenient locations for a potato meeting!

Listen as they talk about: