St. Johns Family Continues its Labor of Love for Generations to Come 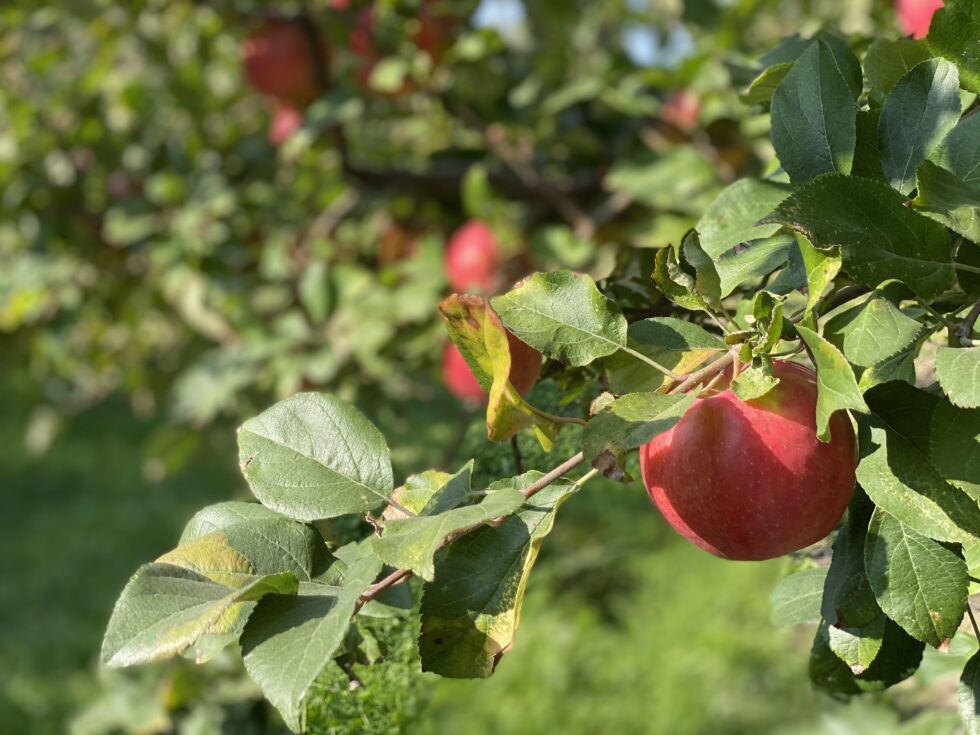 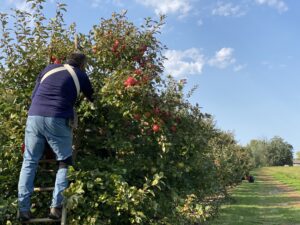 After high school, Mike Beck chose to go to work away from home in the construction of restaurants and such, but when it came time to settle down and start his own family, he knew right where he belonged. Today, he is one of the owners and head operator of Uncle John’s Cider Mill in St. Johns, Michigan. He is the fifth-generation farmer of the land, second-generation owner of the business, and first-generation owner of Uncle John’s Hard Cider Business. The family has been farming apples for decades and milling their famous cider ever since the 1970s.

This past month, I had the opportunity to visit the farm and take in a lot of new things. Not only did I get to see all of the natural beauty of the farm, but I got to talk with Mike Beck about his passion for growing his crop and teaching his family and community about his labor of love.

Apples, unlike many other crops grown in Michigan, require a very different labor force than different fruits and vegetables. While you can harvest fields of corn and pickles with special machinery, the apple harvest requires humans to work in the orchard picking each fruit by hand. Mike Beck employs a variety of workers every harvest season including college and high school students, his family, and senior citizens, and anyone who is looking for part-time work. 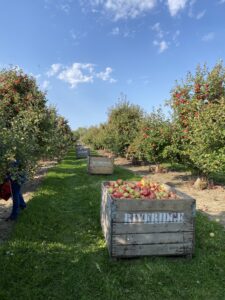 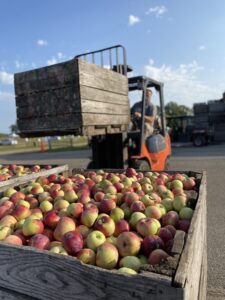 Uncle John’s has been adding new festivities every year and building upon the business of providing Michigan families with a fun-filled day on the farm. Whether it be expanding their pumpkin patch, bringing in food trucks and live music to make for a fun, socially distant night sampling their cider, doughnuts, and hard cider.

For the past few years, Uncle John’s has stayed connected to their community and expanded their service to the rest of the state by hosting running races at the farm, including high school 5k races and the Michigan High School Athletic Association Regional Meet for the past few cross country seasons. Runners have the chance to race around the farm, weaving in and out of woodland, orchard, trails, and other paths around the farm, making for an unforgettable race.

When I asked Mike about expanding past the St. Johns plantation, he told me that they have, in the past, played with the idea of expanding. They have thought about introducing Uncle John’s to the Detroit, Grand Rapids, and Traverse City areas, maybe opening apple-themed restaurants in those regions.

Mike Beck and the rest of his family have chosen to keep their roots grounded in St Johns, Michigan, continuing the tradition of farming and producing one of Michigan’s favorite commodity, and keeping the ball rolling for generations to come. They have been blessed with support from their community and from the families that come and visit year after year. While coming back to the farm was not always the plan for Mike, he sure wouldn’t want to raise his family any other way